For several years, the Adobe system has offered a wide range of software for computer and multimedia enthusiasts. Software for different types of processing such as word, image and video processing are available. Moreover, always in the context of innovation, there is Adobe Character Animator. This software allows to increase creativity in image processing and animation. In fact, it is a software that facilitates the animation of characters automatically. If you want to know more about the details, advantages and special features of Adobe Character Animator, this article will tell you more about this software.

Image processing software, there are a lot of them on the internet as well. So what exactly is Adobe Character Animator and what makes it special? Without further ado, here is a short history and presentation of the characteristics of this software.

Adobe Character Animator was originally called “Animal”. It is a software that directly joins motion capture to a multitrack recording system. It allows to control 2D puppets drawn and then superimposed in Photoshop or Illustrator.

Since its creation, Adobe Character Animator is automatically downloaded and installed with Adobe After Effects CC from 2015 to 2017. The connection between the two software is easy so that you can exchange data via the Face Tracker tool. However, Adobe Character Animator can be used as a stand-alone application. It is effective for both direct and non-direct animation productions.

The idea is to create a character and animate it with your own movement and facial expression. So if you smile or tilt your head, your creation or animated character does the same. The fluidity of the process allows you to broadcast your animations in real time. With Character Animator you can import illustrations from Adobe Photoshop or Adobe Illustrator to animate them.

First, you can film your scene set. Then, thanks to Adobe Character Animator, your facial expressions will be imitated and synchronized to give life to your character. Indeed, this software uses technologies that allow you to translate movements in real time. The gesture is simple: you can use your webcam, your mouse and your screen to project the movements and the smirk of your face. The animation of your characters can be embellished with scripts and other physical movements. For example, the animation can be enriched with breathing behaviors.

Who is Character Animator for?

Adobe Character Animator is for anyone who wants to stimulate their creativity. Aimed at amateurs as well as professionals, the software is perfect for beginners and even more for those who want to get started in 2D animation. For example, Adobe Character Animator is very popular with video content creators, teachers, gamers, graphic designers, and illustrators. There are also the various administrations, associations, auto-entrepreneurs, ETIs, large accounts, SMEs and startups. For example, there is American television, which uses it for a live episode of The Simpsons or for sketches in certain “late shows”. Adobe Character Animator is also proving to be a valuable tool for those working in the media and entertainment industry. It’s a world that’s constantly changing and growing.

How do I use Adobe Character Animator ?

As it is a module from After Effects, it would be more advantageous to know a few basics of After Effects before starting Adobe Character Animator. However, this is not necessarily necessary, because here is a short tutorial that is easy to remember.

To get started, you can install Adobe Character Animator, which is now in the “All Applications” package in Adobe Creative Cloud.

There are several ways to create your first character. In the first option, you can choose to use a model puppet. To do this, here are the steps to follow :

Click on Open the Customizer in the Start workspace.
To orient yourself, go to Creating a puppet using the Characterizer tool.
Finally, you can also create your own puppet in your own image. To do this, simply import your own image from Photoshop or Illustrator multi-layered software. This will allow you to clearly distinguish the elements of the image: head, mouth, eyes and others. Of course, remember that the images must follow the standards imposed by the software.

Adobe Character Animator has many exciting benefits for creating animation.

– Surprising animations in a few clicks.

This software allows you to make animations for cartoons, animated series and live broadcasts. For the most creative ones, it is even possible to broadcast a small avatar with their image live on social networks for more effect.

– Creation of characters at any time.

Thanks to the Personalizer tool, which is optimized by the artificial intelligence of Adobe Sensei, it is possible to transform all your creations into a live animated character. To inspire you, there are already built-in templates from Adobe Character Animator.

For a more successful result, the use of a webcam and a microphone would be welcome. Indeed, Adobe Character Animator reproduces expressions down to the last detail, from lip sync to eye tracking and facial features. The result is amazing whether your character is angry, sad or surprised depending on your expressions.

Thanks to the various options available in Adobe Character Animator, your puppet can perform several movements. There is more fluidity in its gestures such as throwing, dropping or picking up immobile objects.

For more natural rendering, Adobe Character Animator has implemented new tags that allow for larger, more synchronized movements such as shoulder, hip, and character gait to be more realistic.

– Convenient for all types of animation projects

In addition to puppet animation, Adobe Character Animator offers a wide range of animation applications such as vector animation. These types of interactive vector animations are perfect for video games for example. Vector animations can also be used to create titles, credits, or introductions for movie content.

To get Adobe Character Animator, Creative Cloud offers the complete set of creative applications for only $52.99 per month.

This animation software is part of the Creative Cloud suite. This has several advantages. Moreover, the programs integrate well with the others. For example, it is very easy to create character animations and export them to Premiere Pro for later editing of the animation scene. The process is easy and this gives the artist a lot of freedom in his creation. This allows the artist to give free rein to any inspiration without having to be limited in terms of hardware.

Where can I buy Adobe Character Animator?

To purchase Adobe Character Animator, go to the official Adobe website and buy the software. The software is available in two ways: either purchased separately from the Adobe bundle, or as part of the Creative Cloud bundle.

Adobe’s subscription option makes your transaction simple and secure on Adobe’s official website. It’s more secure when you get the full, original version of the software.

What makes Adobe Character Animator so well known among its users is the speed with which it works. Indeed, thanks to the capture of movement, the real-time animation of the characters is done quickly. It’s also easy to use compared to other Adobe software designed for animation, such as Adobe Animate CC, which can get complicated when you’re faced with large projects. Users find that Adobe Character Animator is by far the best Adobe application for animation.

Users also appreciate the tools that Adobe Character Animator provides. It saves a remarkable amount of time. In addition, the keyboard shortcut editor provides quick access to the tools needed for accurate character design. In addition, the capture tool makes it very convenient to hold live discussions and trials with potential partners and customers. Not to mention the “behavior management” function mentioned above, which has been a great success with many professionals, especially those in media and digital marketing.

However, because Adobe Character works in conjunction with Illustrator or After Effect software, it is sometimes perceived by users as being overly dependent on other Adobe programs. In addition, this software is quite expensive if it has to be purchased separately from Creative Cloud. With the various tools offered by Adobe Character Animator, some users also find it difficult to find their way around. In particular, those who want to get started. In most cases, it can take several months for some users to get used to the software.

In short, users are overwhelmed by the efficiency and practicality of Adobe Character Animator. The instant effect of this animation software makes it better in its field. And despite the rather high price, the result is more than satisfactory. Indeed, this software allows a considerable saving of time. It is very practical for simulations, not to mention the various animation projects that can be done with it.

To conclude, the functionalities of Adobe Character Animator are particularly attractive in terms of its use, its usefulness and its rendering. This software remains an essential tool for animation and visual professionals. Of course, it takes some time to master it, but once acquired, it is difficult to do without it. It is the tool that combines passion and professionalism. 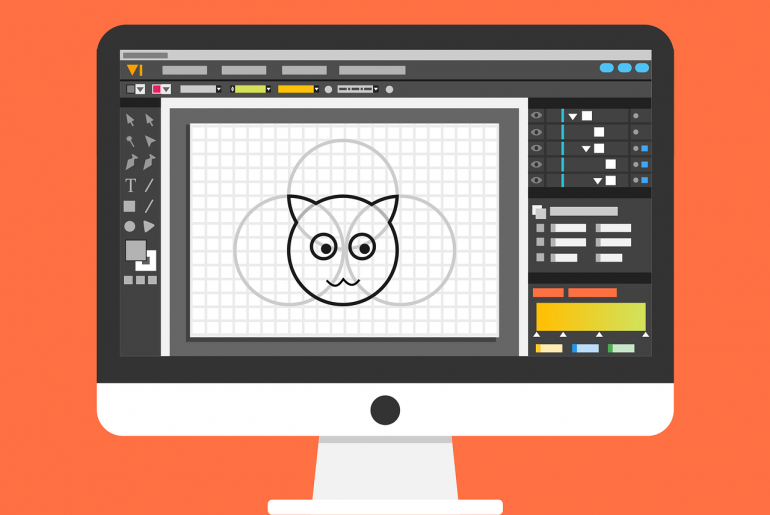